ISLAMABAD: Minister for Finance Asad Umar Friday said that Pakistan had no plan to go for a programme with International Monetary Fund (IMF) instantly to get fresh loans.

Talking to media after addressing a business community here at Islamabad Chamber of Commerce and Industry (ICCI), Asad Umar said Pakistan was currently engaged with the IMF team who is on a visit to Pakistan, for review mission negotiations.

He said review talks with IMF team were a matter of routine job after completion of programme.

However, he said that whenever Pakistan would need to start a new programme with IMF, the current negotiations would act as a base for it.

Earlier, in his address to business community, the minister said the government was working to separate the tax policy and tax connection functions as part of tax reforms to facilitate the taxpayers.

He said a Tax Policy Board would be formed and business community would also be given representation in that Board.

Asad Umar urged ICCI to develop a Master Economic Plan of Islamabad keeping in view the natural endowments of this region and share it with the government so that the available endowments of the region could be exploited for the economic development of Islamabad.

Asad Umar said, “Pakistan’s economy was undergoing bypass and will improve with the efforts of the government.”

He said government was working on a plan to provide 100-million-gallon water per day to Islamabad that would resolve water shortage issue and would also benefit the local industry in Islamabad. He assured that the government would cooperate with ICCI for new industrial estate in Islamabad. 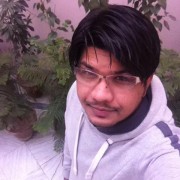